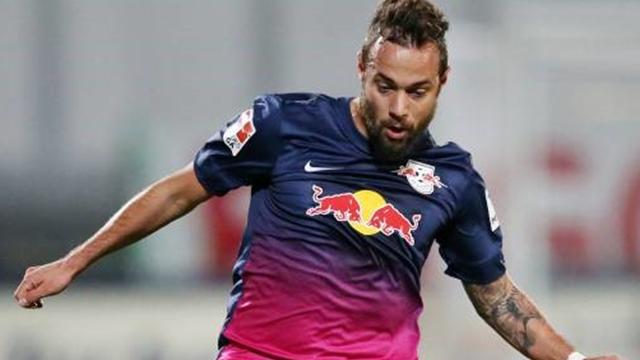 RB Leipzig became the second club to secure promotion to the Bundesliga after beating Karlsruhe 2-0 on Sunday, clinching runners-up spot in the second division to join champions Freiburg in the top flight with a game to spare.

Emil Forsberg put them ahead six minutes after the restart to kick off celebrations in the stands.

An own goal from keeper Rene Vollath in the 86th made sure the young club, controlled by Austrian energy drink company Red Bull, would play in the top division next season.

With tears in his eyes coach Ralf Rangnick, formerly in charge of Schalke 04, was mobbed by his players after the final whistle.

Leipzig were made to sweat for promotion after failing to win their last three matches but Sunday's victory opened up a five-point lead over third-placed Nuremberg with one match left.

Nuremberg will play in a promotion/relegation playoff with the 16th-placed Bundesliga club.

RB Leipzig have been big spenders for several seasons as they climbed up the divisions, irking many other clubs who have accused them of being little more than a marketing ploy for Red Bull.

They moved up from the fifth tier in 2009 to the second tier in 2014, winning promotion three times in five seasons.

Don't call them 'Red Bull'! RB Leipzig have been accused of buying their way into the BundesligaImago