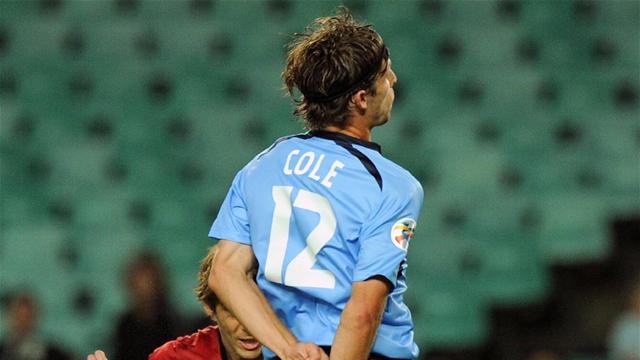 Sydney FC have fined their own defender Shannon Cole for diving in the penalty box during an A-League match at the weekend and breaching club rules against simulation.

Cole admitted the offence against the club's "No Diving Policy" after going down under pressure from a Gold Coast United player in stoppage time at the end of a 0-0 draw on Sunday.

"I knew I did the wrong thing as soon as I hit the ground so I got up without asking for a penalty and ran straight back into position," Cole said.

"I was expecting to be fouled when he came across but after going to the ground I realised straight away he had not fouled me."

The diving ban was introduced after Sydney FC striker Mark Bridge was sent off earlier this season after clashing with Melbourne Victory defender Roddy Vargas.

The club did not accuse Vargas of feigning injury in the incident but introduced the new policy after Bridge was banned for two games for the red card.

"Shannon has shown integrity and honesty in putting his hand straight up and admitting he did the wrong thing," said club chief executive Dirk Melton.

"As a club we all support the 'No Diving Policy' and Shannon has been courageous enough to acknowledge his actions were wrong and accepted the punishment."