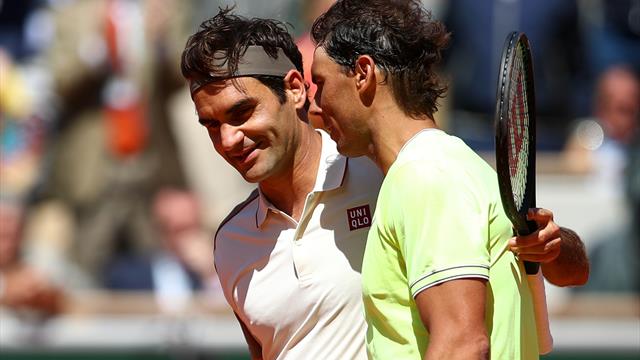 Roger Federer and Rafael Nadal go head to head at Wimbledon for the first time in 11 years on Friday as they bid for a place in the final.

The pair will meet for the 40th time in what will be their fourth showdown at Wimbledon, with Nadal last prevailing in their classic 2008 final having lost the previous two finals to Federer.

Nadal breezed past Federer in straight sets in last month's French Open semi-final, but the Spaniard will know he faces a sterner test on grass as he targets a first Wimbledon final since 2011. Federer, who is chasing a 21st Grand Slam title, trails the rivalry 25-14.

Djokovic is looking to defend his title as he aims for a 16th Grand Slam, while Bautista Agut is through to his first major semi-final having dropped just one set en route to the last four.

The duo have met 10 times, with Djokovic winning seven of them, though Bautista Agut has won their two matches in 2019 - in Doha and Miami.