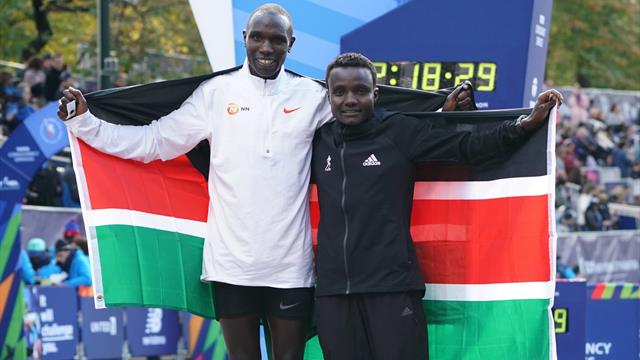 Kenya's athletics authority said on Thursday it had barred its athletes from travelling to international events due to concerns over the coronavirus outbreak.

The announcement comes a day after the World Health Organization labelled the outbreak a pandemic.

More than 126,000 people have been infected globally by the virus and more than 4,600 have died, according to a Reuters tally based on official announcements.

The East African nation, which has not had a confirmed case of the virus, boasts some of the world's top athletes, who regularly win medals at premier competitions in Europe, Asia and North America.

"Following a directive from the Government of Kenya and due to the global outbreak of the COVID-19 virus, Athletics Kenya has suspended all clearance and travel to international events for athletes," Athletics Kenya said in a statement.

"In a bid to safeguard the athletes and consequently the country from the virus, we urge all athletes to cancel travel arrangements for the next one month pending further communication."

“The risk of importation is what we are trying to avoid. So whatever measures are being taken by the authorities we will abide with them.

" At the end of the day it’s about health ... if by travelling you will get sick, then you avoid travelling."

A host of sporting events around the world have been cancelled or postponed as countries try to contain the spread of the virus by discouraging mass gatherings.

There are growing concerns that the outbreak may impact this summer's Tokyo Olympics, though organisers say they are pressing ahead with the schedule.

Late on Wednesday, the National Basketball Association (NBA) said it was suspending the season until further notice after a Utah Jazz player tested positive for the coronavirus.

The pandemic has disrupted other sporting events in North America while soccer matches in Europe have also been hit hard, with many high-profile fixtures taking place in empty stadiums.