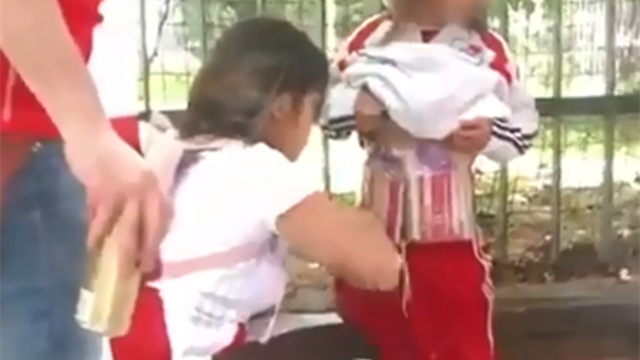 A River Plate supporter has been caught appearing to strap flares to a child to smuggle them into the stadium ahead of the Copa Libertadores final.

The final was postponed on Saturday night after an attack on the Boca Juniors bus left some of their players injured.

It will be played on Sunday instead, at 5pm local time, 8pm UK time.

However, before that was known, footage appeared of a River Plate fan appearing to strap flares to a child outside of the stadium in an apparent attempt to smuggle them inside the El Monumental.